There wasn't one single child of Johann Sebastian Bach living in the Bachhaus in Eisenach, Thuringia, Germany. Learn why.

The question, how many children Johann Sebastian Bach actually had, is what you find here and there on the internet plus you find wrong answers here and there, too. How it's common on the internet. You find many answers, but after that, you have to check carefully, which one of your finds is correct. And which are not. 20 children are correct. And it's important not to confuse both data, it's what happened to me when I was writing my two websites about Bach – the one for you and the "Bach on Bach" website, which is better for grownups and older students – that is the difference between the number of Bach's siblings and the number of Bach's children.

Okay, explained so very compactly together, you probably can remember it well: Johann Sebastian Bach was the eighth of eight children of Johann Ambrosius Bach, so that had been 8 siblings. However, Bach himself had 20 kids. Did you get the difference? He was number 8 but he had 20 children.

What is a little bit strange is, how many children died early in their life back then, that is to say in their first year, or even worse, during birth. Or they never reached adulthood. Of course still today not all humans become grownups, still many children die: Less die in the highly industrialized countries, more in the developing nations. But it was different back then. With his first wife Maria Barbara – by the way, it was a cousin of Johann Sebastian Bach, however a second cousin, that is why her name was Bach, before she married plus after that, too – Johann Sebastian Bach had 7 children. Three of those died, until their mother died at age 35 absolutely unexpected before Johann Sebastian came back from a business trip.

Back then they married even much oftener, because a woman became pregnant or because a daughter had to be taken care of or there were so many more different reasons. When a wife died, after some children were born, these men often married even soon again, because the children and the household suffered. Many Bach biographers believed, that Johann Sebastian Bach as well married again for that reason. However, one biographer believes, that it's absolutely different when it comes to Bach and he thinks, that firstly 18 months – that is the time, Bach and his second wife took – does not point to the fact, that Johann Sebastian was looking for a "new" mother for his kids. Secondly, the second wife of Johann Sebastian Bach, Anna Magdalena, was a well-known singer too and she earned quite a good portion of money at the same court as Bach. Finally, the children of Bach got used to the situation after 18 months, that no mother did the household and they improved the chores more and more. I believe, this one Bach biographer was right

Johann Sebastian Bach had 13 more children with Anna Magdalena. However than half of that number died, before they reached adulthood. So, this was quite a different life back then, compared to what we – so that is to say at least the most of us – it knows today. So every few years one of the siblings died and Anna Magdalena practically was pregnant constantly around the year, too. There is something you could calculate for me: In the "Facts, facts, facts" chapter you will find all birth dates, pregnancy is nine months long and the one of you who sends me the result and proof first, how many years and how many months Anna Magdalena was pregnant, from her wedding until the birth of her last child, and how many months she was not, the one will be mentioned here – if he or she likes that –  published with his or her name "eternalized for all times". Why don't I calculate that for you here?

When I was little and attended school I was the fastest in calculating always. However ... it just was wrong always. Plus I won't tell you whether I had to stay down a year a class once or twice. 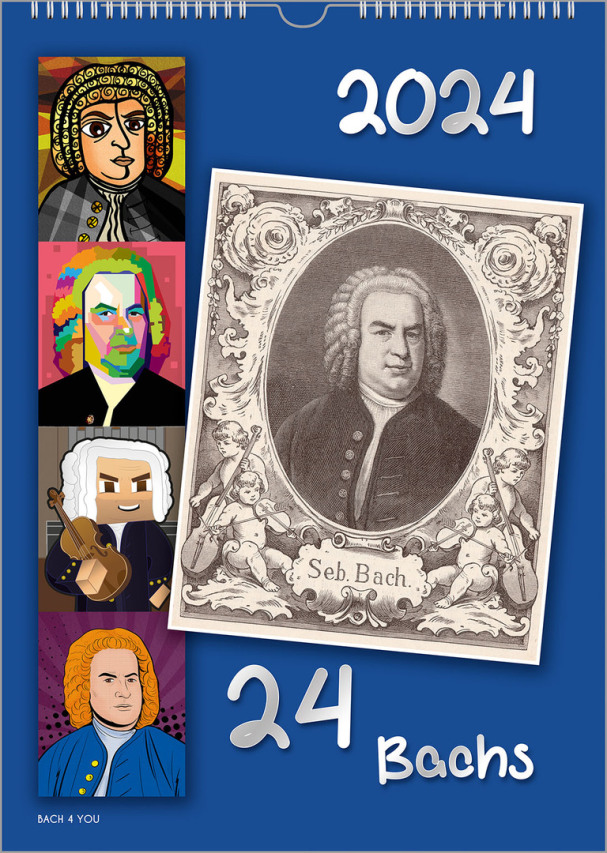