What Is Classical Music? What Is Popular Classic? And What Is Young Classic Then? ✓

Yes ... what is classical music, actually? And what is popular classic, then? And you hardly ever read about young classical music. You can't really find good answers to these three questions anywhere on the Internet. Some people do try, namely Wikipedia and the Bayerischer Rundfunk BR (Bavarian Broadcast). The "Board of Music" is also at the forefront. But ... ✓

I think the question of what classical music is deserves an extra website. And in the meantime it exists. You can get to it by clicking here. ✓

Of course, we - my wife Renate and I, too - are always thinking about how best to accompany to Johann Sebastian Bach. Namely, kids, teens, teachers, parents and grandparents. And after many years, the way via classical music in general seemed to us to be a really good one. But then also via schools. That's why I created my "Teaching Material Classical Music" and compiled a Classical Music Top 100. ✓

With a click on the black link... you get to the shops.

Better Don't Read this Section if You Are Too Young! Because Here Is only how It Doesn't Work! This Section Is for Older Kids, Teens and Adults! ✓

But ... I'm getting to the point now. So ... in the next section, under the first picture. First, my opinion on the other results on page 1 on the question "What is classical music?". First of all, it is always about the epoch ( ! ) of classical music. That ... is something quite different – and in the sense – as when you speak of classical music or ... by proxy ... of classic. "I like classical music" therefore refers to classical music and not the epoch of classic. Like how google today is synonymous (... a common word) for researching on the Internet and if I were to explain what googling is, I would reply, "First of all, Google refers to one specific company with this name". So, the explanation ... pi times thumb. So to Board of Music (... in Germany and in German and I translated that for you). That's where it continues. There it also states: "Classical music is art music". What is that? So other music is not art? And it explains that it's not about classical music by Turks, Arabs, Indians and Chinese. Logical, actually, isn't it? And classical music offers a "distinction from pop music". What a nonsense: So no demarcation from jazz, folk music, rap, heavy metal, rock 'n' roll? Of course, the terms "serious music" and "light music" "had" to be included, even if they don't make any sense as an explanation. ✓

Monique Schätti from Switzerland disqualifies herself with exciting, unusual words, for example, there are "minor masters" and we learn that greats have also created "third-rate" works. But she then disqualifies herself definitively when she describes André Rieu, a Karlspreis winner (... a very serious German prize) because of his work, as "lowest level". Rieu and his kind of entertainment are loved by tens of thousands of people. ✓

The Bayerischer Rundfunk BR (Bavarian Broadcast BR) is among the top 10 hits on Google, but provides no explanation at all for the question "What is classical music".  ✓

Rank 9 – today – is Indiepedia. Once again, they think that everything that is not folk music (1) or jazz (2) or "experimental" (3) or "avant-garde" (4) is classical music and then throw in F-music in addition to E-music and U-music. Great, that doesn't explain what classical music is, but makes it even more complicated (... for English-speaking folks: E-music is "ernst", which is "serious" music, U-Music is "unterhaltend", which is entertaining music, and the rare F-Music is "funktional", which is functional ... I have never heard about that before ...).  ✓

Finally, in 10th place - also today (... when I wrote these lines) - is the Goethe-Institut, first lingering on the confusion between classical as an epoch and classic as another word for "classical music", and then saying that classic is the "music of the concert hall" in general, when this term is not understood to mean the music of this epoch classic. Then they throw in the inappropriate term "classic", as if Bach's St. Matthew Passion is a "classic". You can forget everything else, but that is certainly how the Institute's staff judge my definition of "What is classical music?". The headline, however, is perfect, though, because it really does make it clear: It's about classical music as an epoch, as an era, as a period of time. But then I would have omitted the attempts to explain the question "What is classical music?" in "our sense" altogether.  ✓

Many adults know two composers, the third less so, and the one on the right is probably known by only one in 100 classical music fans. ✓

What Is Classical Music and what Is Popular Classic? ✓

"What is classical music" then? We approach the definition more quickly on this page of my website "Johann Sebastian Bach for Children" than via the website I open with the page "What is classical music" (... the lead, for example on a newspaper page, is the most important article of the day and there it is the bold print, the so-called teaser, that outlines the content in a few words). So if you want to inform yourself in detail, read on there, because the area of "popular classical music" occupies a much larger space. There you will also find my collection of 250 popular classical masterpieces in the "Classical Music Top 100". Young classical music is classical music that has only been composed in the last 20 to 50 years, for example for films and musicals. Composers include Morricone, Last, Enya, Vangelis, Webber and Williams. ✓

That's them, or at least a large part of them: the most famous classical composers. Of course, Mozart is missing. But also some others. ✓

Sit in front of your television and click through the channels. Around dinnertime. Through and through. With music, you stay very briefly. With practically any music, you know: This is not classic, so it's not classical music.  It works much, much better on the radio, preferably in the car, because success is guaranteed there. While it is extremely rare to "get past" classical music on television, you can do so in a few minutes on the radio. But not on the hour: There's usually only news (... at least in Germany). 10:15 a.m. is good, 2:15 p.m., 6:15 p.m. and every 15 minutes after the hour in between. 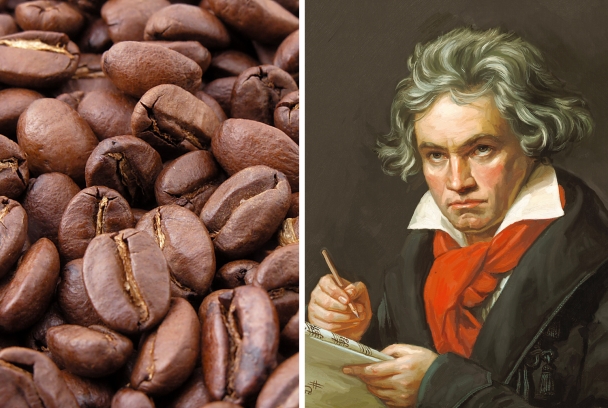 Ludwig van Beethoven counted out exactly 60 coffee beans for each of his cups of coffee. Does that make him a bean counter? ✓ 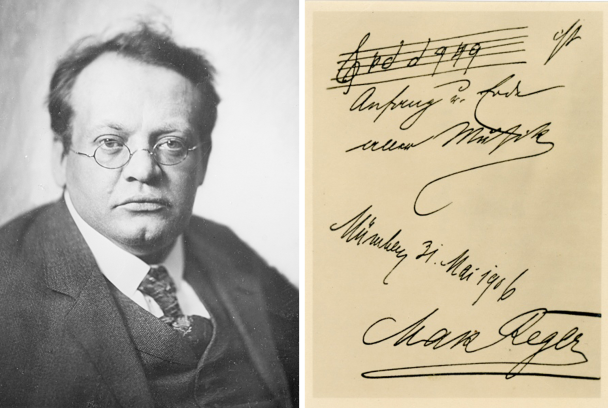 Max Reger actually wrote this several times when he was asked for an autograph. It is certainly the only handwritten quotation on Bach. ✓

What Then Is "Classical Music"?

Classical music is also associated with rather conservative, perhaps even festive clothing of the performers. Much more ties are worn, the female artists have noble clothes on. You generally notice a little bit about classical music that they don't seem to be made up out of thin air. The audience is quieter and more conservative. One associates St. John's Passion with conservative enthusiasts, "Wacken" more with head-banging listeners. With Caroline Reiber there is more swaying and clapping, with "Air" the audience is more quiet. And again: You can argue so contrary that all 10 authors who occupy page 1 on Google today would "put me down".  ✓

"What is classical music?". Without providing a spot-on answer, however, you know immediately after my reading that it's best not to even try. As a student, it is best to remember once again that things "get hairy" when the question does not refer to classical music as a time period, epoch or era, i.e. when the question is: "Who are the composers of the classical period? Because in this case the answer can only be: Haydn, Mozart, Beethoven. ✓ 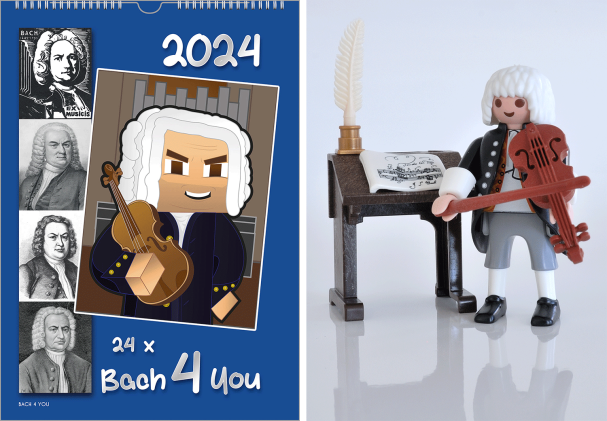 Bach Calendars and Bach Figures: "Bach 4 You" is the specialist. To the shop. ✓ 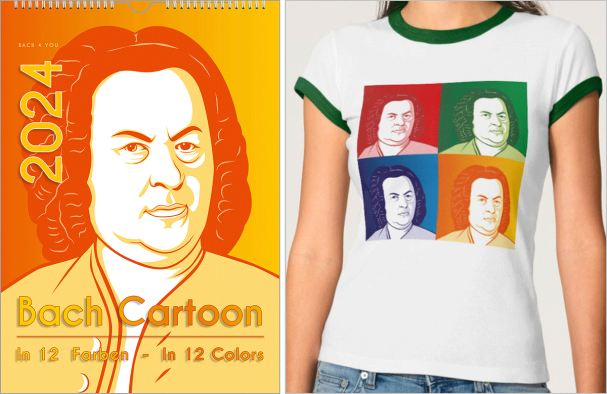 Bach calendars, Bach-T-Shirts and Music T-Shirts: "Bach 4 You" is the specialist Here you get to the Shop ... again. ✓