Bach Cities and Bach Places ... Actually Here's a Way to Remember Them Easily

9 minutes and you are through, with the life of Johann Sebastian Bach. Plus you don't spoil the pleasant anticipation for the children's book related to the Thomas Cantor, if ... just if you are younger than 10 years.

Everything starts in Eisenach, there he is born. He lived in Ohrdruf from the age of 10. In Lueneburg, he continued to attend school. That's a total of 3 locations.

Now, the time in Thuringia is following: A like Arnstadt, M like Muehlhausen, W like Weimar. That is easy to recall. A M W. It's an additional total of 3, so altogether we now have six Bach places.

In Dornheim Bach had married. It was in his era in Muehlhausen. Plus one is seven. From Weimar, he moved to Koethen and finally, he moved to Leipzig, plus two is a total of nine Bach places.

Just to mention it: He was in Weimar twice. However, one period was so short, that many a Bach biographer doesn't even mention this. That is what we do too. Remain 9 real Johann Sebastian Bach locations. Those who want to bear one more place in mind decides for Wechmar: There everything began, when the family of the Bachs changed into the world-famous Bach family of musicians. With the great-great-grandfather of Johann Sebastian Bach. Veit Bach. So now here they are, nine that is to say ten Bach cities and Bach places. 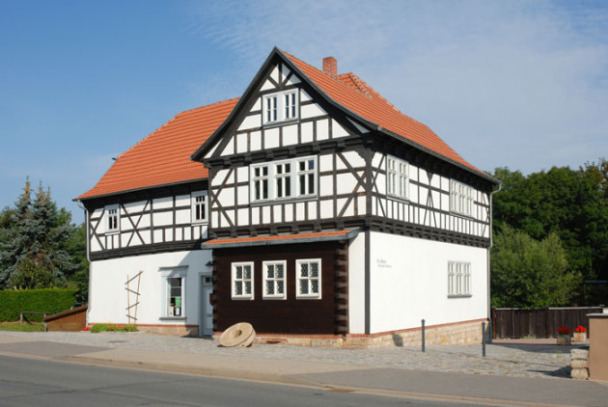 Non-competitive! So to speak: That is the Veit Bach Mill in the Bach place of Wechmar. Wechmar is definitely no "Johann Sebastian Bach Place". Plus, it goes without saying that Wechmar is no Bach city at all. However, everything started here – exciting for those, who are interested, after he read a biography – a biography for children or one for adults – wants to learn more about this composer and his family. If not now, then maybe in 20 years. So, you already know today where to find everything related to this composer Johann Sebastian Bach on the internet. 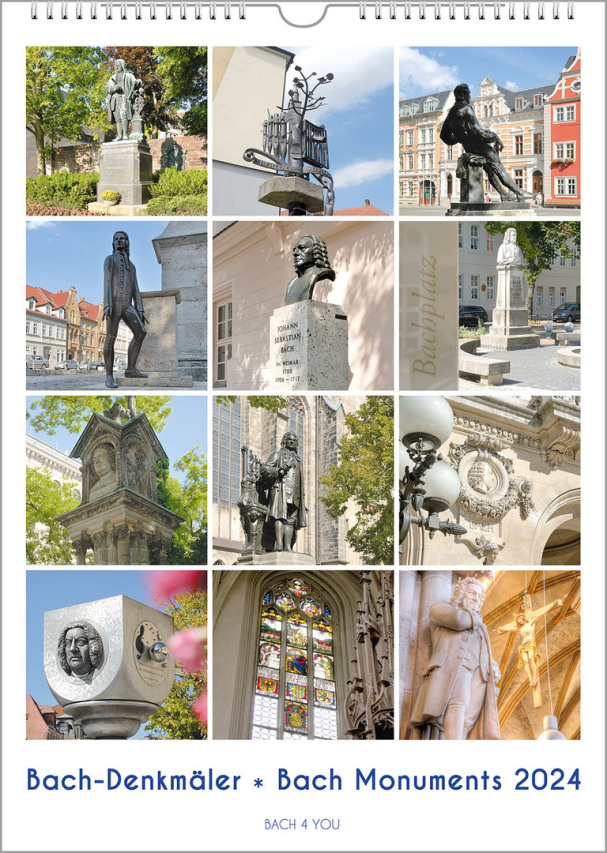 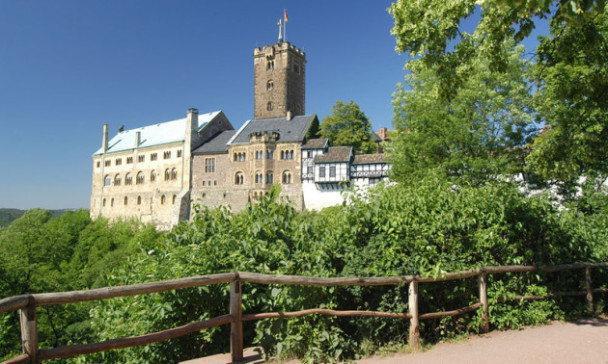 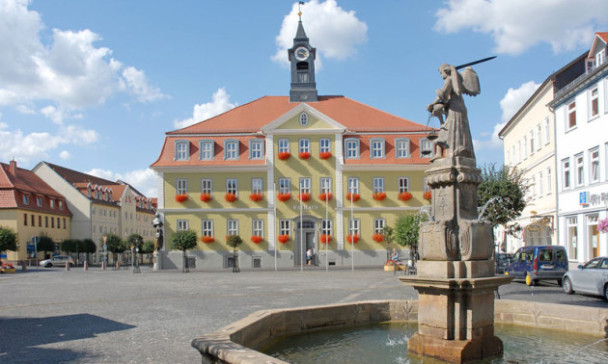 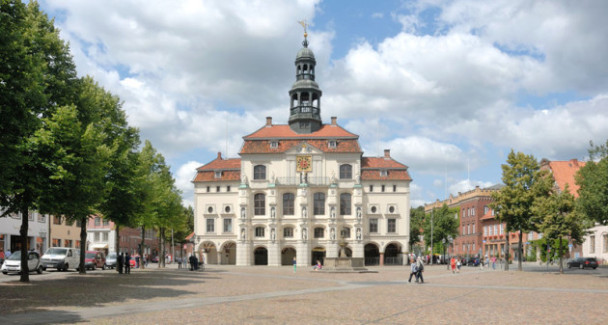 Number 3 of the "Johann Sebastian Bach cities": Lüneburg. So it's a total of three Bach cities, in which the composer spent his childhood and his youth. 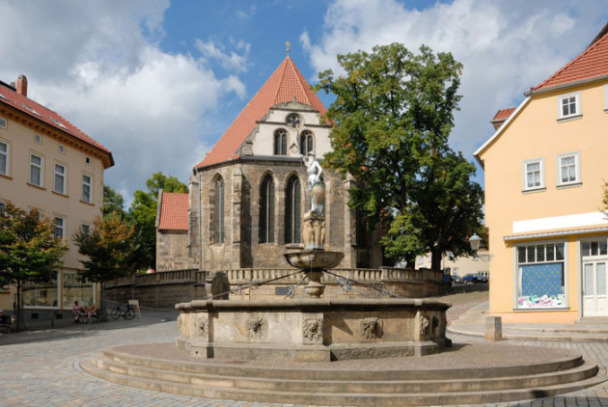 Number 4 of the "Johann Sebastian Bach cities: Arnstadt, Thuringia. After his childhood and his youth the time in Thuringia now follows. You best keep in mind the number 4 for that. In Arnstadt the musician became cantor for the first time. Half a year with no serious job in Weimar is, what we cancel here. 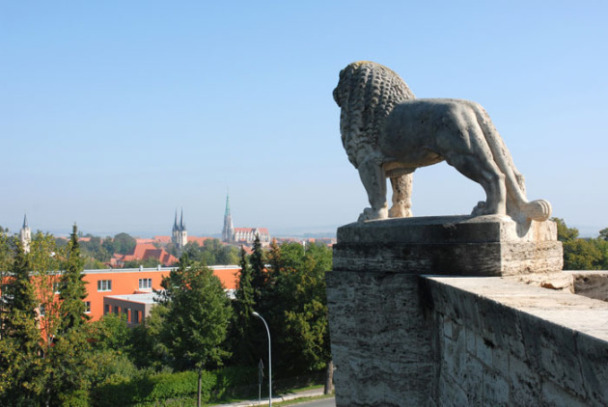 Number 5 of the "Johann Sebastian Bach cities": Mühlhausen. Here was Bach cantor too, like in Arnstadt, however, this was a short period only.

Parents, Please Support Our Bach Mission by Buying All Music Gifts (... also from Other Suppliers) via Our Bach Publishing House Shops

... plus, there is the "Classical Music for Children" mission … learn more. 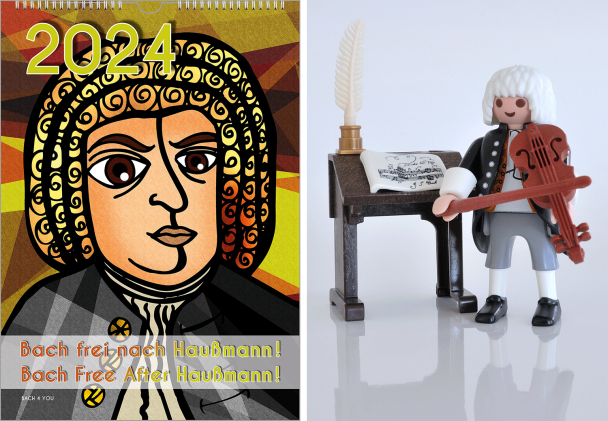 The Picasso Bach calendar, a cool music gift on the left and the Little Bach Figure on the right: Three calendar sizes, EU + US style, 2023 + 2024. To the shop. 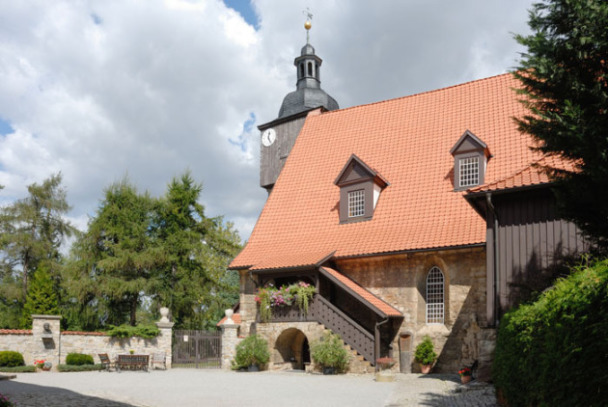 The number 6, however, it's a Bach place, because it's really just a small community. As a Bach location, it's very much worth a visit. The cantor Johann Sebastian Bach married here during his epoch in Mühlhausen. 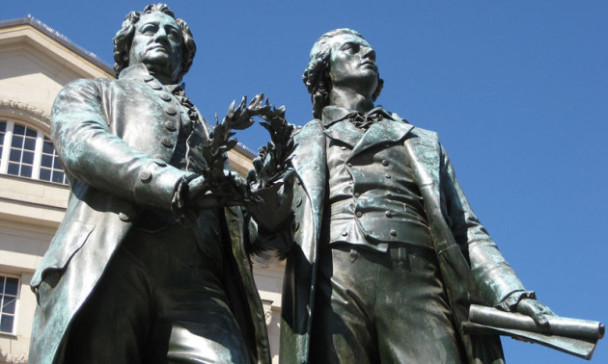 Number 7 of the "Johann Sebastian Bach cities is Weimar. The musician performed music and lived here for almost full nine years.  First as a musician, later as a concertmaster. Plus he was composing. None of both guys in the pic above – by the way – is Johann Sebastian Bach. 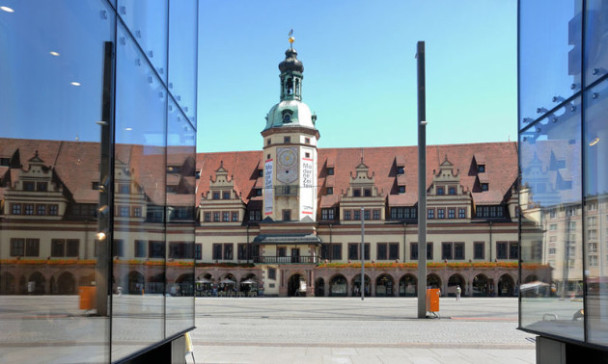 Number 9 of the "Johann Sebastian Bach cities and location": Leipzig. Here the composer spent 27 years. Here he was Thomas Cantor.

Now you are missing number 10? Okay, I presented a first Bach location on top of all Johann Sebastian Bach locations, that is to say, Bach cities and Bach places. It is Wechmar, that small community in Thuringia. Now it's on you, how deep you want to "dive" into the Bach universe. Actually, if it comes to such a famous, large and exciting family, the cradle – so to speak – of this family counts, even if Johann Sebastian Bach had never been there. If your essay, homework or presentation is supposed to become short, probably 8 Bach cities and Bach places would do. If you want it just a little more detailed, add the Bach place of Dornheim, where Bach married his first wife. If you want to surprise your audience, tell them that there is a total of 33 Bach cities and Bach places, however just for those, who want to read deep, very deep into the subject of Johann Sebastian Bach.

Music of Johann Sebastian Bach plus Photos of the Bach Cities and the Bach Places ... That Means: No Boring Narrated Text

For all of you. For all of you, who would like to explore more pictures than just one of the Bach cities and Bach places, there is a really special "service". Renate and I have decided for the 10 of the most favored and most well-known music works of the great Johann Sebastian Bach and searched for some 25 pics. So you have enough time, to discover the individual photos of the Bach cities and the Bach places plus you can listen to the extraordinary music, too.

Johann Sebastian Bach for children music video 1: In addition to the pics of this Bach location we decided for his music work "Bauernkantate", which is "Farmer Cantata", sort of, In the BWV, the Bach-Werke-Verzeichnis, which is the Bach Work Index – however, there is no such translation – it is the number 212.

Johann Sebastian Bach for children music video 2: Coming with the pictures of Eisenach, Renate and I decided to present Bach's music piece "Ouvertuere Nr. 2 in H-Moll". In the Bach Werke-Verzeichnis, it has the number BWV 1067.

Johann Sebastian Bach for children music video 3: Ohrdruf is one of the smaller Bach cities and in the oncoming video we decided – as an example – to add Bach's music work "Wohl mir, dass ich Jesum habe". It's number 147 in the BWV, the Bach Works Index, which in German is Bach Werke-Verzeichnis.

Johann Sebastian Bach for children music video 4: I took many photos of this lovely town without a Bach memorial, Renate and I chose some 25 and we combined it with Bach's work in the BWV Nr. 1041, which is "Violin Concert No. 2 in E major".

It's the Arnstadt music video number 6 on the website Bach for children. We decided on a musical work from the "Brandenburg Concerts". It's the concert no. 3. It's number 1048 in the Bach-Werke-Verzeichnis. You know, what's this in English, don't you? 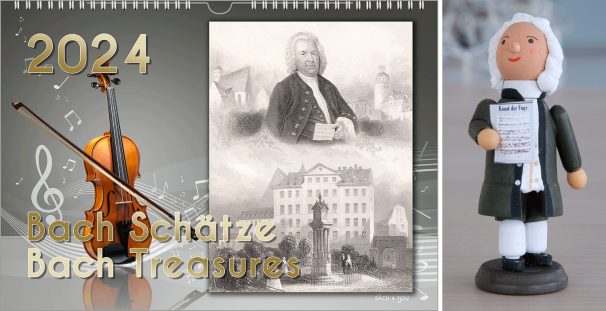 The Bach for Children Dornheim Music Video (8) ... what a title. Believe me, it wasn't easy at all, to take enough pictures for this presentation in Dornheim. We decided for Johann Sebastian Bach's "Christmas Oratorio", which is number 248 in the Bach-Werke-Verzeichnis.

Remember? Don't mess up Weimar and Wechmar. Here it's about Weimar (9), the only Bach city, where Bach worked and lived twice in his life. We decided on the music work "Concert No. 2" of the "Brandenburg Concerts". Can't you wait to get the BWV number? Here you are: It's BWV number 1047.

Johann Sebastian Bach for Children Video 10. Please enjoy the music video about the city, which Bach liked best back then. We decided for a sad music work with the tile "Ich hatte viel Bekümmernis", which is – over the thumb – "I Had Many Troubles", which is number 21 in the Bach Works Register.

The final Johann Sebastian Bach for Children Music Video (11). We decided on Bach's music work "Suite No. 1 from the 6 Cello Suites". A final hint: It's number 1007 in the Bach-Werke-Verzeichnis, the Bach Works Register, the BWV. 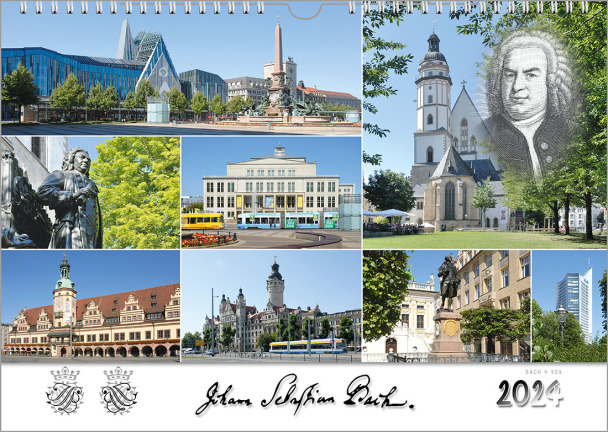