Question 3 is the most difficult question to answer. Question 2 is also not quite so easy to answer. But easier. But to question 1 in the section above: There the answer is so obvious and crystal clear possible, it doesn't even need an extensive website page. It's the Bachs! They are the biggest musical family on Earth and of all time. Which is the most famous musical family in the world can be determined by a wide variety of criteria. It is the combination of the criteria "fame of the "light figure"" of the family, quantity of people who know this family and thirdly, it is also the "quality of the musicians in the second and third row". My husband's Bach portal dedicates a very special FAQ to this combination and in great, great detail with a whole "doctoral thesis" right at the front of his website "Bach on Bach". So if you want to know which musical family is the most famous, please click there. If you want to know whether there are actually 85 well-known or famous families of musicians, then you are "in good hands" with a click here. Translated with www.DeepL.com/Translator (free version)

Classical music doesn't have to be dusty, serious and fun-free. There is a completely different way with Bach, Beethoven, Mozart and Co.!

Is "The Kelly Family" in Germany a Well-known Musical Family?

It is much more complicated when the question is "Which is the biggest, most famous musical family? Because then, in addition to the degree of fame, the number of musicians in the rows 1 to 10 also plays a role. And that results in a "weird competition" of fame vs. number of musicians. And who wants to decide if, for example, the Mozarts are much more famous than the Jacksons, but the Jacksons are many more musicians. It also makes sense to take a look at the Bach FAQ 126 at "Bach on Bach" or at the "famous musician families of the world", here, also on this website.

Daniel Jerome "Dan" Kelly formed a band in 1974. However, although it is not a "beer-serious" competition here, he "may" not be counted as a musician. He performed publicly as a storyteller, but just not with an instrument and not as a singer. And neither for his first, nor for his second wife does it apply to us and today and here that both wives also did not make music. However, both unions produced 12 children who, together with their father, then made up the Kelly Family. They first appeared in public in 1974 as the "Kelly Kids" in Spain, then later all over Italy ... in the famous VW T1 minibus. The next destination was Vienna in Austria in 1976. In 1977 Ireland was the stage. In 1978 her life took them first to Cologne, then to Stuttgart, both Germany. Then to Hamburg. In 1980, the Kelly Family had their first No. 1 hit in the Netherlands and Belgium. After that, the Kellys made music in Europe and the USA.

This is how conservative classical music fans like their masters best. These are the most famous portraits of the experts: Handel, Liszt, Mozart, Wagner, Beethoven.

It's more likely that there are thousands of Bach gifts. And tens of thousands of music gifts in other stores on the "Zazzle & Co." platforms! Now to the store? To the shops now? ✓

Another style again. There are plenty of black and white photos of the greats of the guild. Wood engravings too. Then such portraits are something quite different.

This means that the first generation of Kellys has zero musicians, the second generation – with Joey Kelly's wife – are 12 musicians and the third generation expands the troupe – until we hear otherwise – by five to 17 (Angelo's kids) plus "Iggi" makes 18 plus John Kelly's wife's father, the "career changer", who is also a musician. That ... makes 19. > ✓

With a number of 19 artists in a musical family, the Kellys are 100 per cent in the top ten. Let's check the number of musicians in the other families: There are the Jacksons, together with the Presleys there are nine musicians. The Straussens in Vienna? A whole x musicians. The Schumanns? Also, five. The world-famous Mozarts: Nine family members were musicians. The Liszts and the Wagners are related to each other and as a musical family – together – also make nine musicians. And then there are the Bendas, Schunkes and – especially – the Richters. So these are – to this day – the "Top 8 Music Families" of all time. The Kellys are and remain right at the top. ✓

However, one musical family spoils the Kellys' first place and relegates them to second place, and that is ... you guessed it ... the Bachs from Thuringia. Johann Sebastian Bach alone listed 51 musicians in his "Origin of the Bachish Musical Family", but two of the persons listed are not musicians. Once apart from the fact that the list does not list any women who were musicians, it of course also does not list any persons named after 1935, the date when he "compiled" the list. In short, today there are around 200 musicians in Europe and the USA who make the Bachs – or as they used to be called ... the Bache – undoubtedly the greatest musical family in the universe and of all time. And certainly the most famous. And here – a little further down – they are, all of them, really all of the musical families, known, famous and unknown ranked by the number of musicians and listed by the number of musicians. The following result and ranking is a combination of the Wikipedia editor's compilation and my own research. However ... I don't adopt Wikipedia's organ builders, because I don't think that building instruments "entitles" you to be included in a list of the greatest musical families.  My list ... my rules of the game. With a smile. As always. And on top of that: Only three musicians of a family and then also relatively unknown are not allowed in my list either, so there are only about half of the musician families listed on Wiki in my list.  But there are a few more obviously forgotten ones. Well-known and famous and many musicians ... that has to be the case for the ranking in my "Musicians' Families Top 25". ✓

The first composer and the third: They are well known by now! Right? Bach and Mozart. The third one you don't necessarily have to know as a student: Gounod. And the fourth? Almost no one knows him: His name was Charpentier. ✓

On a much more prominent page of my website, there is a similar "weird" contest where mainly famous classical music families are invited to participate and also uninvited again and also only have to share places with the Jacksons/Presleys, the Kellys and the Sinatras. On it, the family members are listed in more detail, as is the case with the Kellys above. > ✓

There's a third page on the subject right here in the neighborhood, it's FAQ 123, and it's for all those who really want to explore all the famous and well-known musical families around the world and throughout the ages. With links to further information. And sorted once by the alphabet and the next time by the scope, that is, the size of the dynasty, the clan, the musical family. Click here to get there. > ✓ 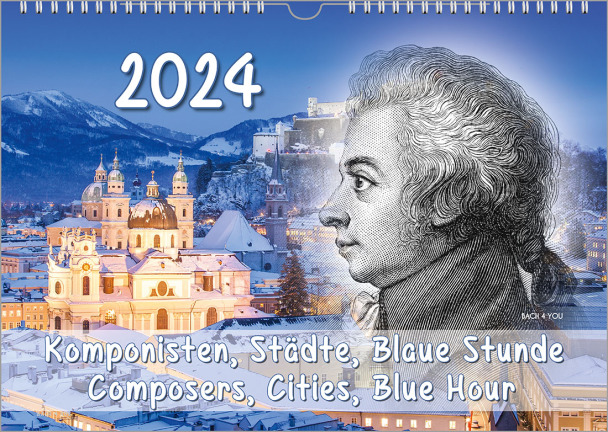 Wolfgang Amadeus Mozart: He was the super genius in a relatively large family of musicians. ✓ 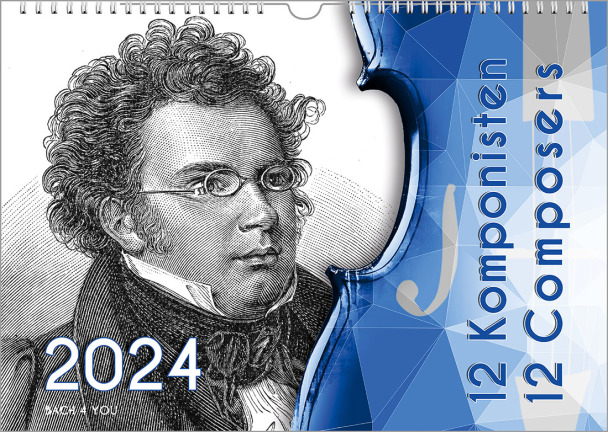 Schubert: As a musician, he was "all alone, so to speak". No one else in his family was a musician. To the shop. ✓ 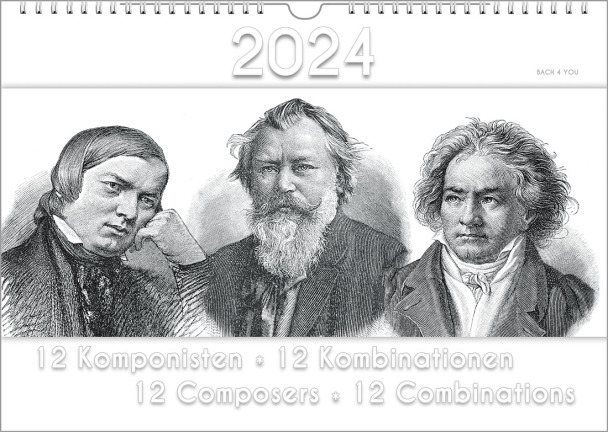 None of the superstars above (... Schumann, Brahms, Beethoven) belonged to a large and at the same time famous musical family.